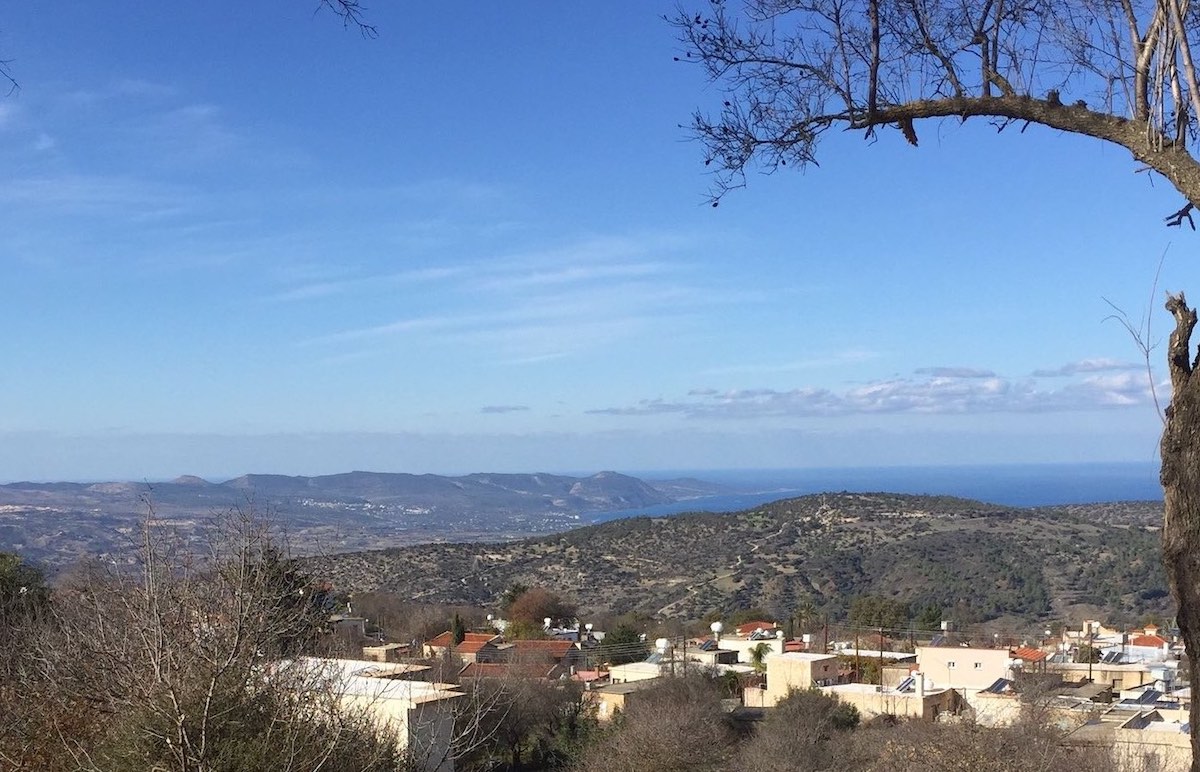 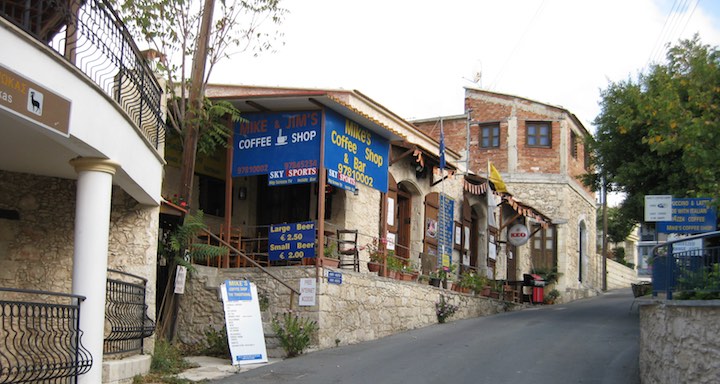 Lysos is a traditional mountain village in the Paphos district, Cyprus. Here seems the time to stand still. Lysos with its approximately 200 inhabitants lies on an altitude between 500m and 600m and offers fantastic views of the Akamas Peninsula, the Mediterranean Sea and the evergreen mountains of the Paphos Forest. 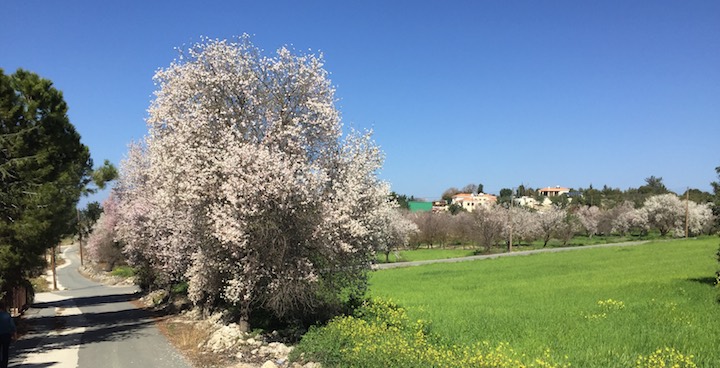 Picture February 2016
In February the landscape around Lysos is transformed into a flowering sea of almond trees. 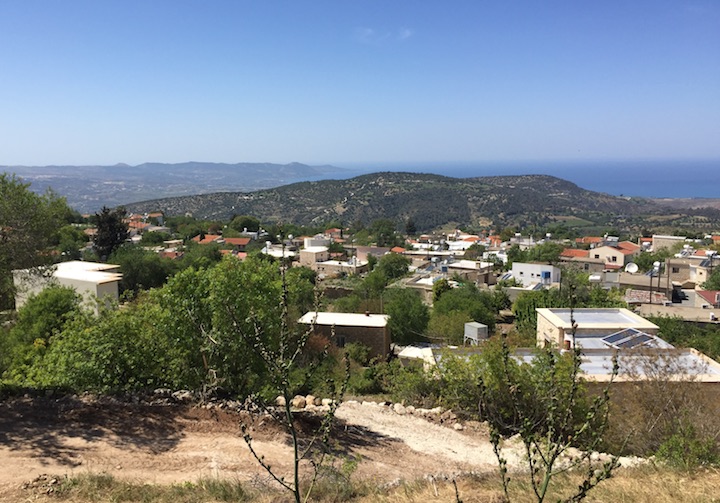 Picture April 2016
View over Lysos to Akamas Peninsula and the Mediterranean Sea. 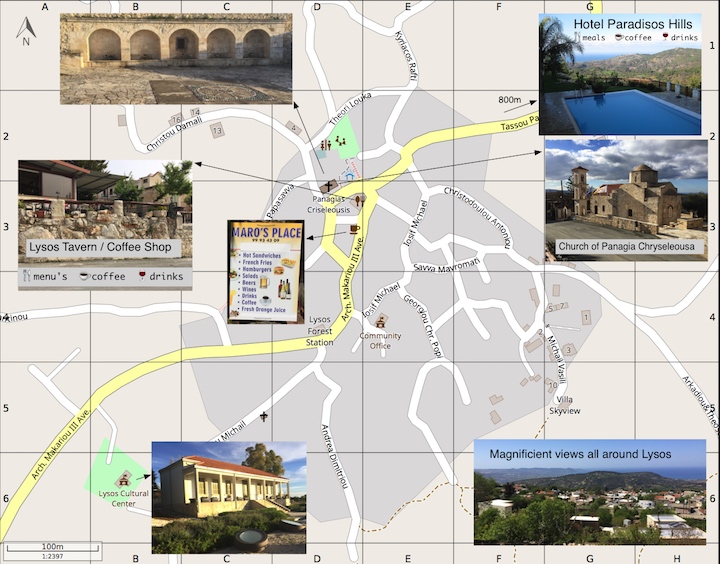 Street map Lysos
In the first half of the last century, the village grew steadily and reached the high point in 1946 with 659 inhabitants. Afterwards the migration to the cities began and many people emigrated to South Africa and Australia. In 2001, the low point was reached with just 158 inhabitants. Today, the population is again just over 200. The influx of foreigners from England and Germany also contributes to the increase.